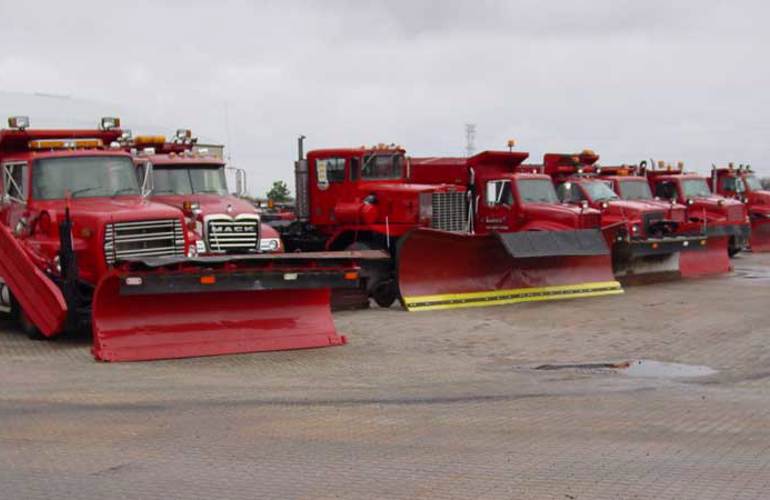 Hydraulics, when applied to snow removal equipment in their simplest form, allow drivers to turn snow plows to direct the snow in particular directions. This versatility makes commercial snow removal a carefully choreographed performance. In translation, it means that lots and drives are cleared of snow and ice in the shortest possible time, with piles of snow in proper locations and without doing damage to the infrastructure under the snow and ice.

A.R.T. Fleet Service has wider snow plows with wings that fold in hydraulically when the vehicle is not plowing snow. That way, the driver can drive on the highway, arrive at a snow removal project, unfold the wings and begin to remove the snow from drives and lots.

Another winged type of snow plow involves a second snow blade that tucks up to the right side of the vehicle when not in use. This blade is almost as wide as the snow plow on the front of the truck. In some cases, it allows the operator to double the size of each pass. If the snow is too heavy, however, it also allows the driver to set the wing blade higher so it knocks off the top pass of snow. Then, on the next pass, the operator removes the snow to the pavement while the wing is preparing the next pass.

Hydraulics pump up the capacity

Spreading road salt is a science

Top 9 things to look for when se